The Games Factory 2, or as commonly referred to as TGF2 is a “budget” version of Multimedia Fusion 2 designed for home users looking to create applications and games without needing to learn code. It continues the original The Games Factory brand name as well as visually sharing the same interface as MMF2 and using the MFA format. The brand name has now been discontinued and is now preceded by Clickteam Fusion 2.5.

This edition of Multimedia Fusion 2 is much more limited and stripped down. There was also a special release designed to create Flash games for the Newgrounds website.

This edition shares the same interface as Multimedia Fusion 2, including:

Due to its low price tag, the product came with a lot of stripped down features.

See the Multimedia Fusion 2 (Demo) page for info about the TGF2/MMF2 Demo.

Upon closing the “Expired” window, the program may continue to work normally. 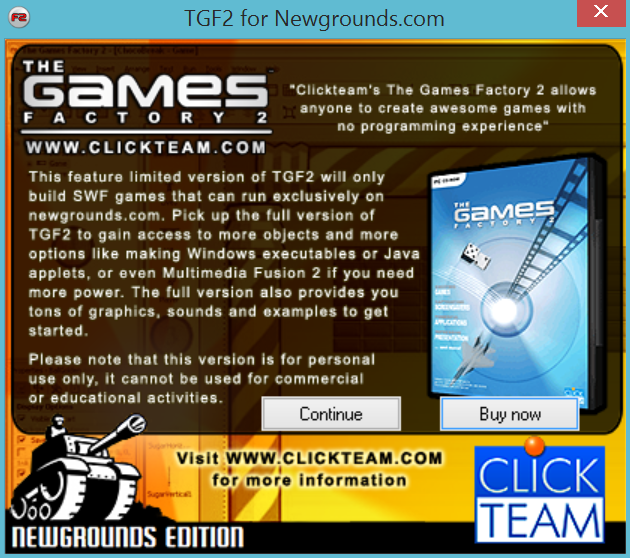